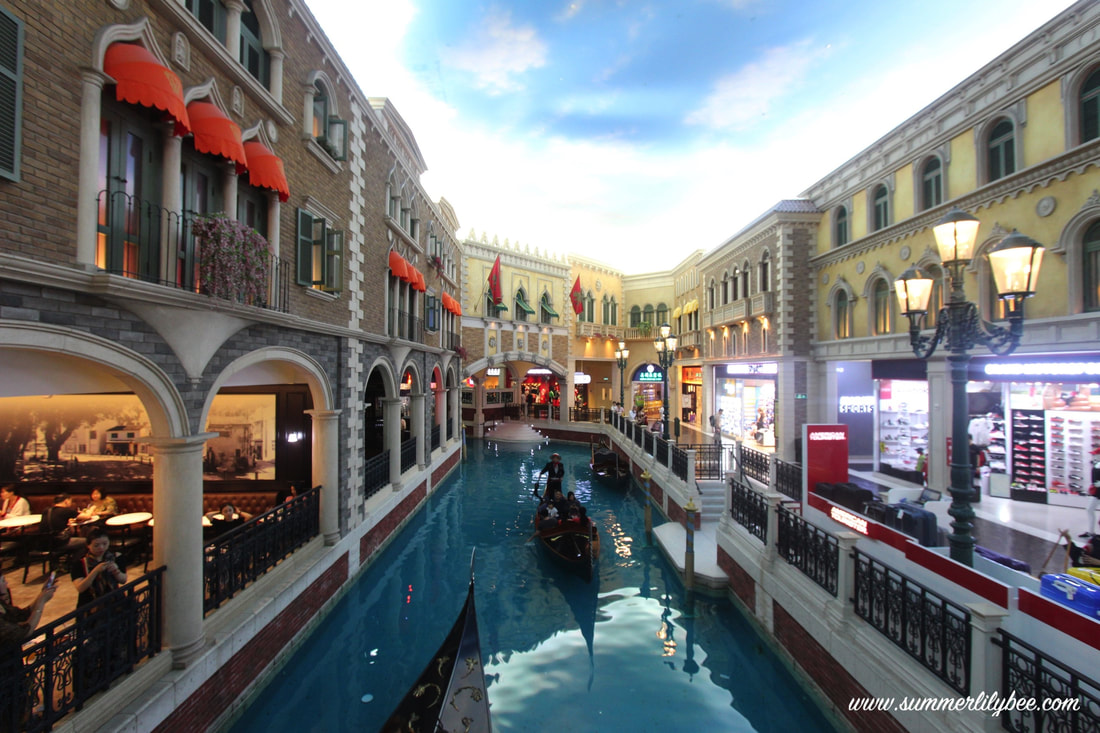 After 7 days in Taiwan from 27 April – 05 May 2018, I left Taiwan for Hong Kong on the fourth Day in Hong Kong, I took a ferry ride from Hong Kong to Macau and went back the same day to Hong Kong. So, this blog post will focus on that day I spent in Macau.

Just where in the world is Macau?

Macau (dubbed as Las Vegas of the East) is located about 64 km west from Hong Kong. It’s a special administrative region of The People’s Republic of China and it was Portuguese colony before it was returned to Chinese Sovereignty on 1999. It is the first, and the last European Colony in Asia. 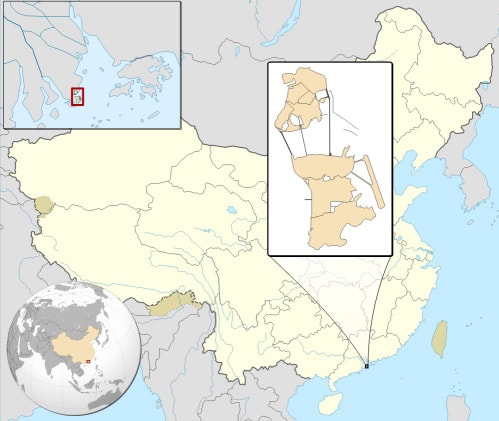 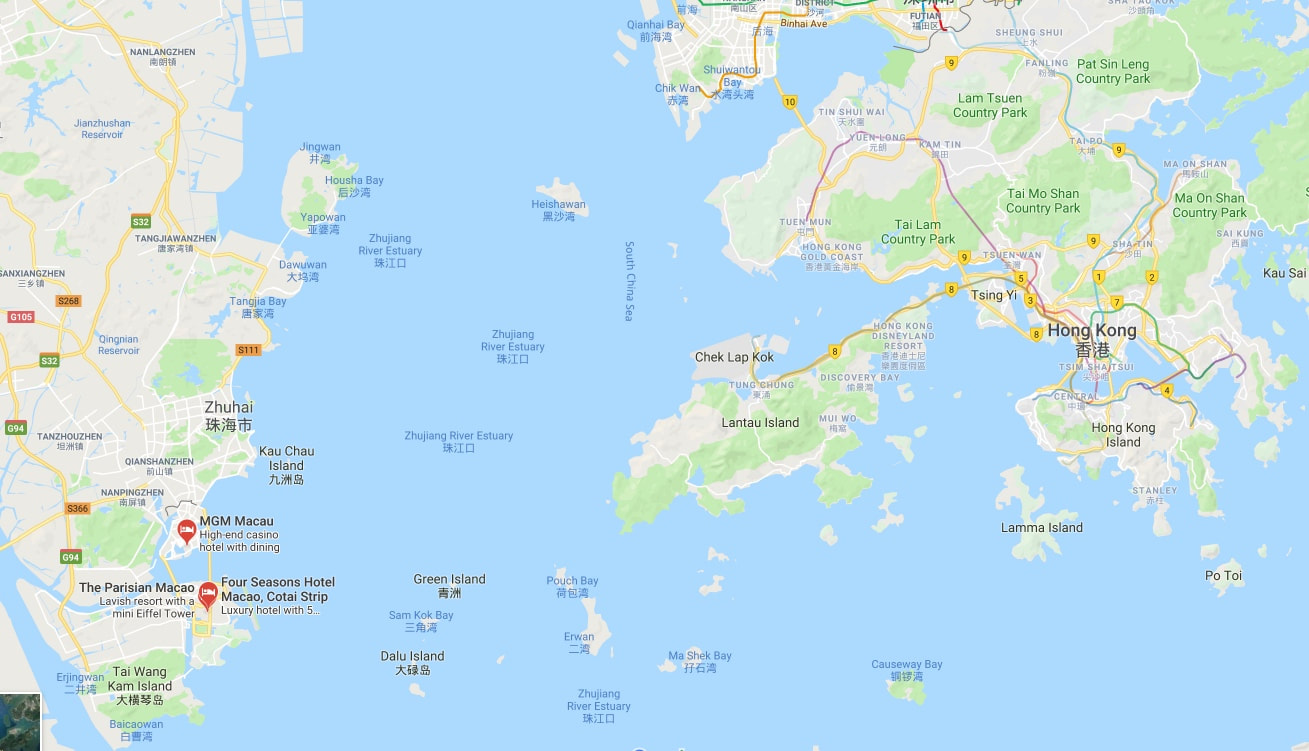 Source: Google Map
In Macau Basic Law, it is stipulated that Macau operate with a high degree of autonomy until at least on 2049 (50 years after the transfer)(source: Wikipedia). It means, China’s political and economy system will not be applied to Macau. Macau has its own currency (Macanese Pataca, abbreviated as MOP), although Hong Kong Dollars are widely accepted.

There are two parts of Macau: the old town and the Cotai Strip. The old town where historical buildings are located, the home of the famous ruins of st. Paul, Senado square, and many historical buildings. The Cotai Strip is part of Macau where the luxury hotels and big gambling resorts root. The Macau international airport is located in this Cotai Strip Part of Macau. These two parts are connected by well-built bridge and roads. Both of Macau’s part has its own Harbor. 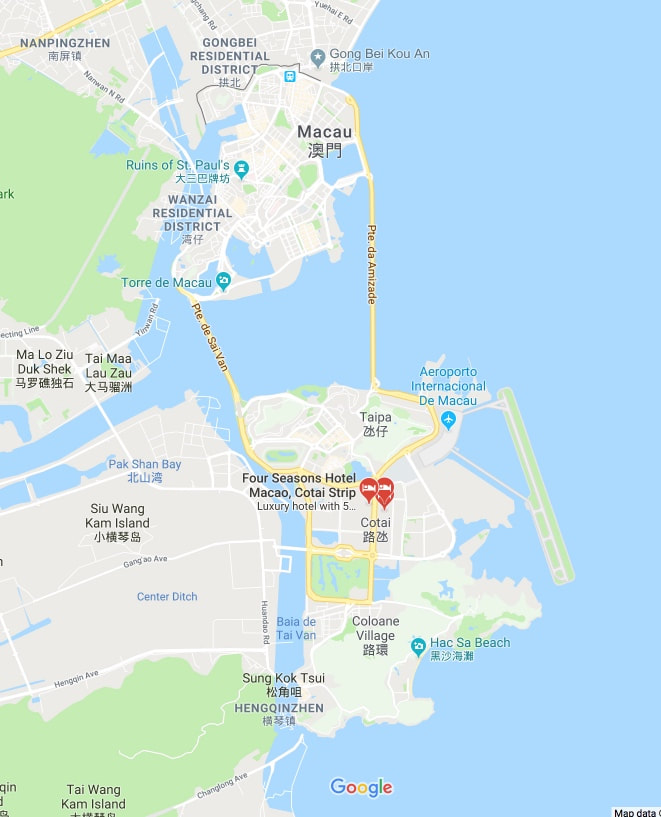 Macau 2 parts: The upper is the historical city, and the lower one is the Cotai Strip area (source: Google Map)

Few things to know about Macau

How to get to Macau by boat

Macau has its own international Airport. But since I went there from Hong Kong, I used boat instead. There are four Harbour in which boats depart from Hong kong to Macau and the main Harbour is in Sheung Wan (Hong Kong Macau Ferry Terminal).

I went there one day before to buy the ticket and to familiarize with the harbor direction. When you arrive at the Hong Kong Ferry Terminal, follow the direction and go to the top level where the Ferry Ticket counters are located. There are two ferries that go to Macau. Turbo Jet and Cotai Water Jet. There are also other ferry operators, but these two are the famous one. Turbo Jet separates the counter between advance purchase and same-day purchase.

You can read more about the Jet Boat Tariffs in Turbo Jet official website
(https://www.turbojet.com.hk/en/routing-sailing-schedule/hong-kong-macau/sailing-schedule-fares.aspx)
And richer details about getting to and from Macau here: (http://www.nextstophongkong.com/how-to-get-to-macau/

My plan was after arriving at the Macau outer Harbour, I took the one of the complimentary Casino Bus to the Macau Strip Area, and then taking the complimentary bus from one of the casino resort to the Old Macau area. When I read about “how to get around in Macau”, I read that there are public buses in Macau, but we can also get around for free by using Casino Resort free shuttle bus to get around. However, soon after I arrived, I was offered an open-top Hop-on-Hop-Off Bus Tour which I thought was great, since the schedule is already determined and I get hop on and hop off both in cotai area and in Macau’s old town.

But the plan was not going as I expected at all. Why?
First, I thought the open-top bus tour also have the under-deck seating. But it doesn’t have one. All seating is on the top – the “Open-top”, and it was drizzling if not raining once I arrived at Macau. I didn’t enjoy the ride at all although free poncho (plastic rain coat) was distributed for free.
Second, although the departure time for each stop has been set, it has delays up to 15 minutes depends on the traffic.

Did I win any? NO! I did not even play at one of those casinos. I simply admired the man-made buildings and architecture and gawking in disbelief how on earth did this area even exists. So, this post will be about my exploration from one resort to another in Macau’s Cotai Strip. Sorry that you will not see any photo on the Ruins of St Paul or Senado Square in this post. Believe me, I was just as devastated (insert crying emoji here).

​There were so many amazing casino resorts in Macau, and I stopped at Venetian Macau first since I was tempted by the replica of the Venetia City inside of the Hotel. Well, it delivers. Like, hundreds fold than what imagined. Although the detail of every edges in the hotel are that of replica and inspired by renaissance architecture, it sure did deliver the element as if I was actually in Europe.

I really love the lobby, how the golden colour seems to wow you endlessly. And then the canal along the shopping arcade. Inside the resorts are hotel rooms, Casinos, shopping arcade (high-end), cafes, restaurant, and many more. Everything inside Venetian screams money and lifestyle. Well, I only enjoyed the architecture and nothing more. Well, except the delicious meal on its food hall. 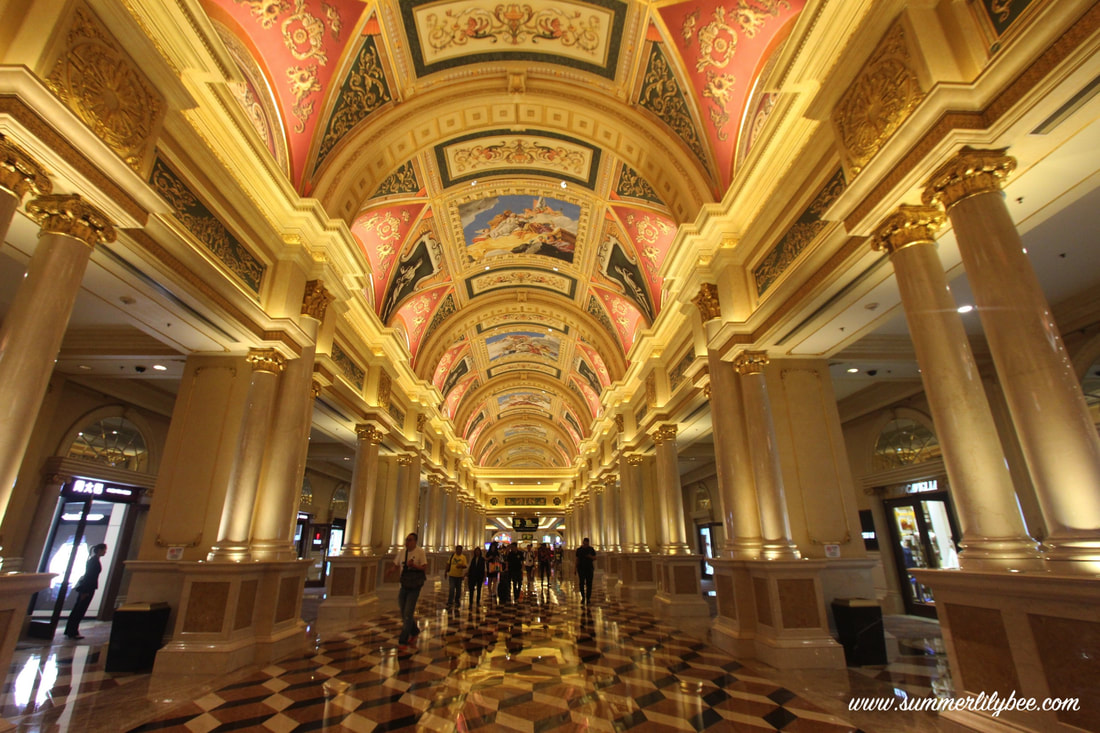 Still the entrance hallway. I did pass the casino floor, but taking pictures is forbidden 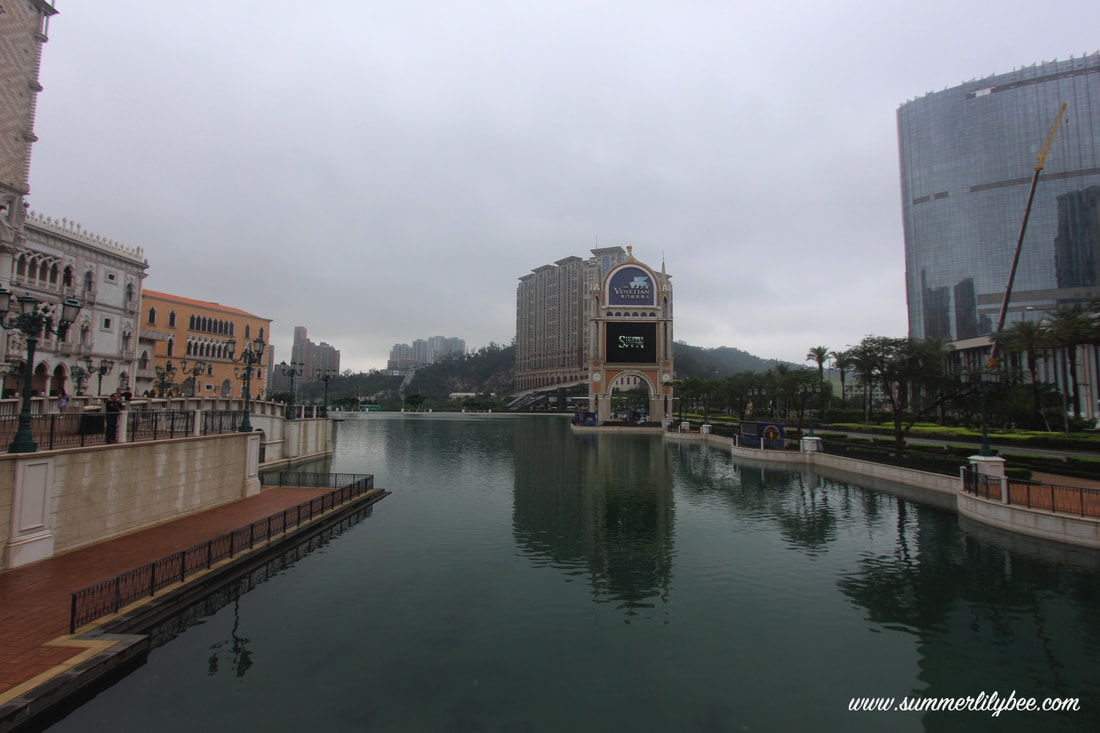 ​If Venetian is packed with visitors, it’s not so much with Parisian. Although its lobby was just as grandeur, it doesn’t have that intriguing man-made canal. But I still love the interior anyway. At that point, I still hoped that rain would eventually stop so I could catch a bus to Historic Macau area. However, by the time I finished exploring Parisian, it was already 1 pm in the afternoon and still raining. So, we decided to grab a lunch first. Did I mention that I went there with my mom? Yes, my mom went to Hong Kong and together we explored Hong Kong and Macau. 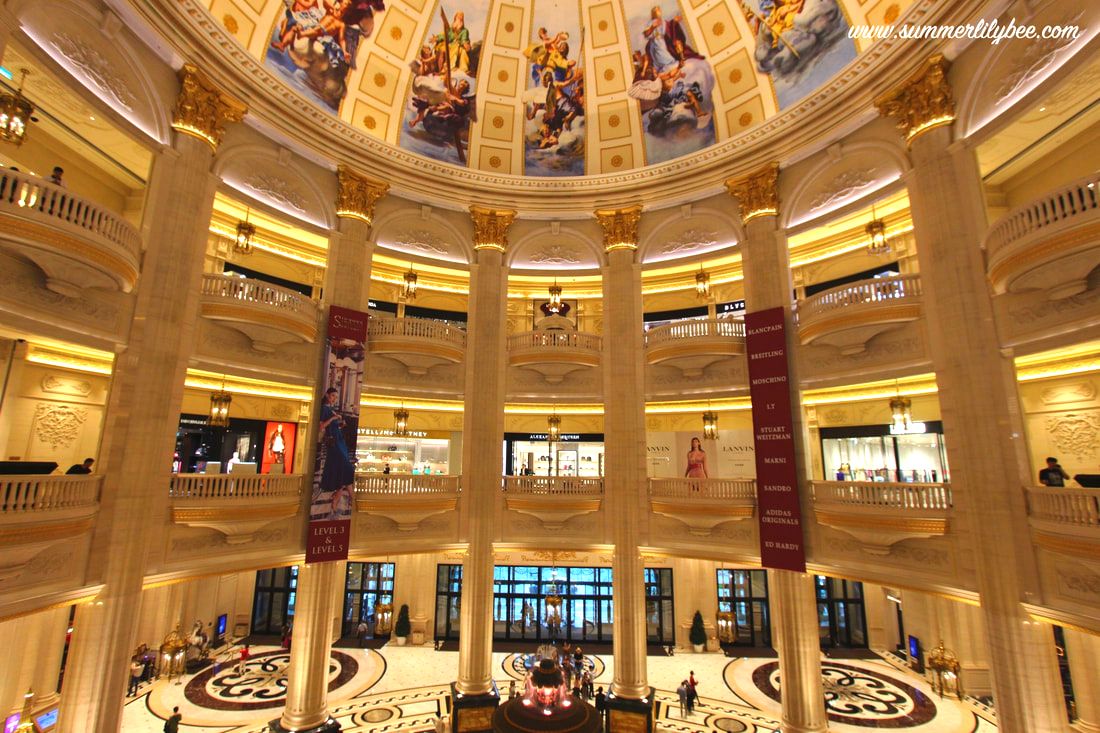 Stunning isn’t it? please don’t say it’s not, i can’t accept it 😀
After Parisian Macau and still raining, we did go to The Shoppes at Four seasons, Sheraton Grand Macau, and Holiday Inn Macau. They are all relatively close to each other and are connected to sheltered walkway. This way we did not have to get wet from the rain outside. And after Venetian and Parisian, the other hotel and malls looked almost the same.

Eventually, me and my mom decided to go back to Macau old town anyway. It was already 4 pm in the afternoon. Time went very vast. I waited and waited for the bus but it did not come, and we had to waited until the next time stop (waited for about an hour) before eventually the bus come. At the end of the day, we went straight to the Macau Outer Ferry Terminal and did not go to Ruins of St.Paul and other attractions in Macau Old City. It was still drizzling anyway. We went back to Hong Kong at around 6 pm and arrived at 7 pm in Hong Kong.

Although Macau’s attractions seems very close to each other, those Resorts in Cotai Strip area are something else to explore and took longer time to enjoy. I think it’s best to spend at least three days to explore both parts of Macau leisurely. It surely takes more time if you want to gamble as well. But to learn and enjoy historical Macau and Cotai-strip Macau, three days would do it fine.

Asana Kusnadi
I'm Asana Kusnadi from Semarang Indonesia. Some of my friends call me Mei, it is taken from my Chinese Name. I was born in Semarang, capital city of Central Java and lived there until I graduated from University. After graduated i worked in Sumatera island and it's been almost 9 years now i live in Riau Province

How i spent my time in Hong Kong

A Day in Hong Kong Disneyland

Out of 6 days that I had in Hong Kong, I decided to spent one day in the land of magic – Hong Kong...
Read more
Asia

I like to consider myself as a citizen of the world. I love arts, especially those expressed in building or architecture.

Make this choice and from now on, you will forever be a part of every adventure!